Does your organization have a shared vision for where you are headed? Could you be more effective in carrying out that vision and learning as you go? Are there processes that could help develop more clarity, consensus, and commitment among people connected with your organization?

Contact Michael at michael@clarityfacilitation.com or 612-234-1122 to set up a time to meet.

To give you a sample of what this consultation might look like, I'm also including a video clip of a recent consultation I did with George W. Bush and Barack Obama. FYI, the conversation with Bush and Obama was more personal and playful than most consultations I do.
Posted by Michael Bischoff at 8:20 AM 3 comments:

The Transformation of Elk River, MN 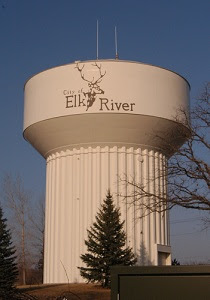 Did you know that a small city in Minnesota is seen by thousands of people across the world as a model for how the spiritual transformation of a city can happen?

I recently met with Stephanie Klinzing, the Mayor of Elk River, MN. The city is 35 miles NW of Minneapolis, and has a population of about 23,000. Since 1996, pastors, business leaders, and government leaders have met weekly to pray for Elk River. Many things have grown out of the prayer and relationships. For example, a local bank was started that offered prayer as a free banking service. In 2004, the New York Times wrote a 10 page article about that bank and Elk River, as an example of the faith at work movement. Many churches in Elk River began seeing their congregation as not just their members, but everyone in the city. Churches collaboratively worked together to reach and care for everyone in the city. In 2000, a network called Love Elk River started to provide "individuals and families with spiritual and physical needs by offering them a relationship-based network of support." Earlier this year, they had a contest to see how many random acts of kindness people in Elk River could do in one month.

Those involved talk about how Elk River used to lead the nation in its per-capita teen suicide rate. After the prayer network had been active for a few years, there was a stretch of years where there were no teen suicides. The Mayor also talks in detail about the economic and safety benefits of this movement. But the primary indicator that the group is aiming for is "the elimination of systemic poverty."
I don't agree with everything about the approach that informs the Elk River movement. My approach would be more interfaith. At the same time, I know that I have a lot to learn from it. I'm especially drawn to prayer, relationship-building, and cultural change that works for the elimination of systemic poverty. Most spirituality in the U.S. is so individualistic and focused on the benefit to individuals. I'm excited about this approach, which also focuses its spirituality for the benefit of cities and nations. I'm very interested in helping connect folks in Elk River with researchers interested in tracking indicators in the city and helping evaluate the influence that this movement is having in the city. If you are interested, please let me know.
What do you think about the spiritual transformation of cities? Are you scared? Ready to call the ACLU? Curious? Inspired? Ready to sign up?
Posted by Michael Bischoff at 3:22 PM 5 comments: